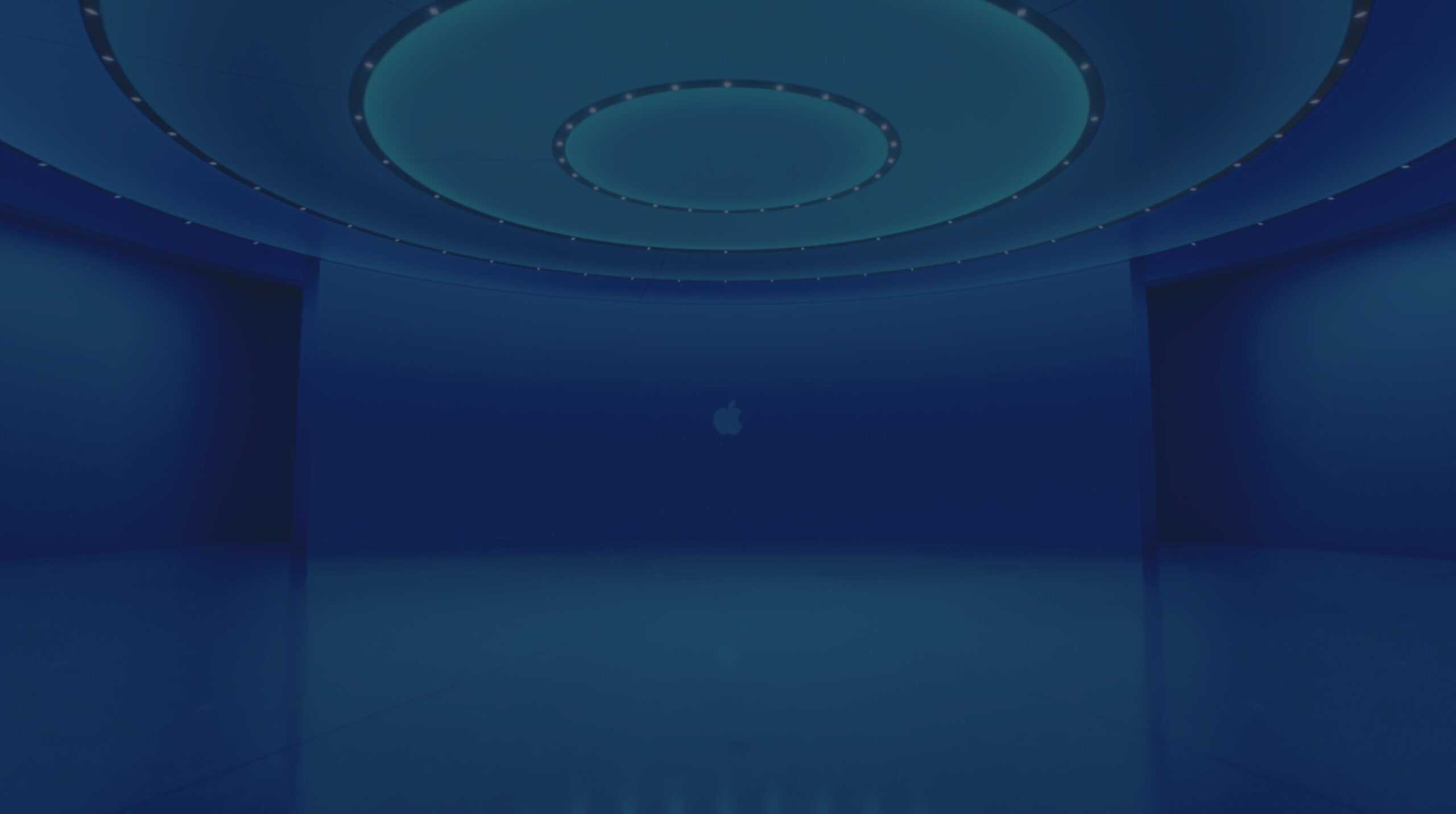 “We feel that Apple’s overall production strategy is based on principles that can apply to almost any virtual event.”

Atop the vast hierarchy of iconic American brands are names known to billions of people throughout the world. From legacy trademarks like Coca-Cola and Nike to more modern platforms like Google and Amazon, truly monumental brands transcend the realm of pure marketing to develop identities all their own. Even among this roster of corporate titans, few brands can claim a mindshare more widespread or a consumer base more loyal than Apple. 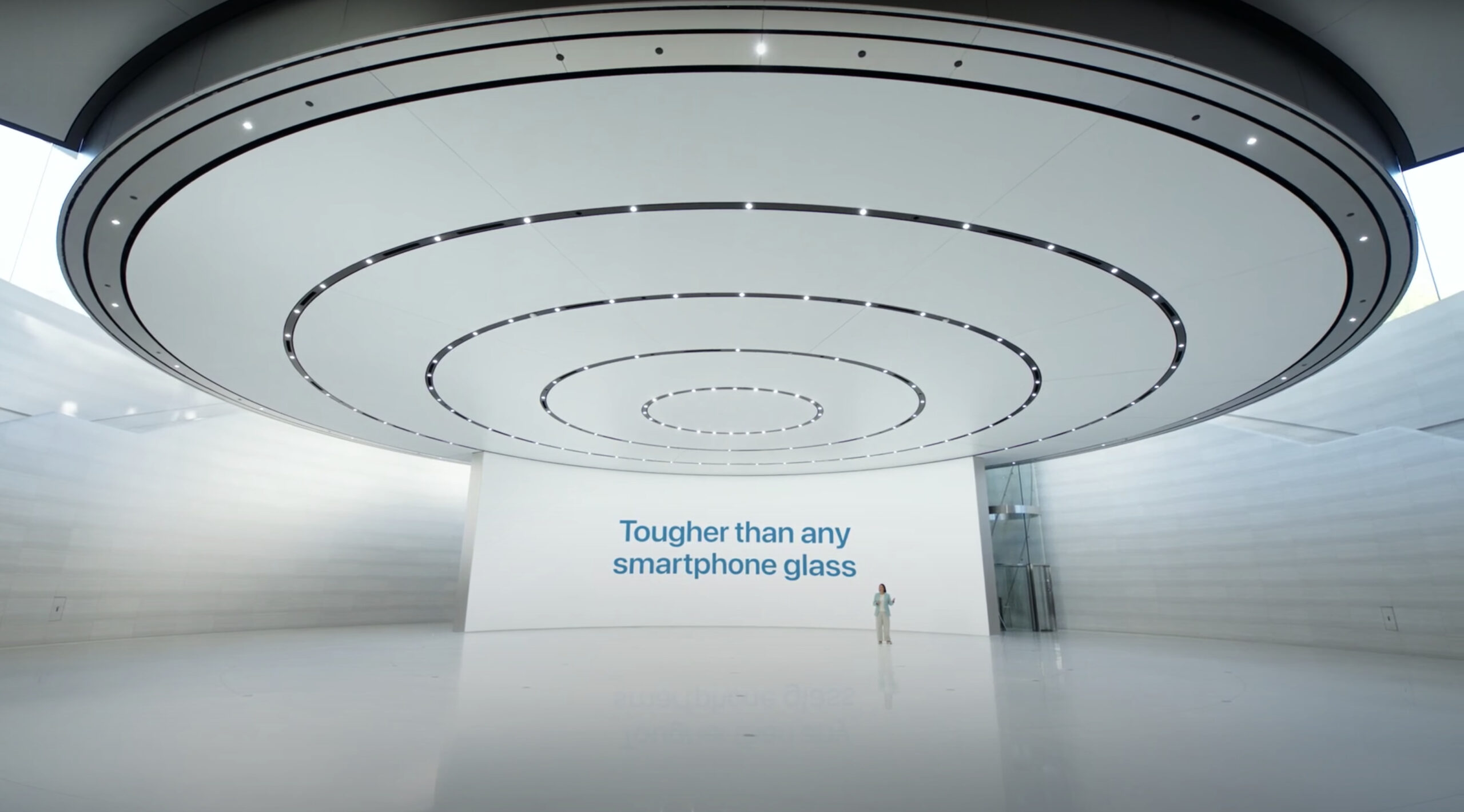 Today, Apple is best known for its line of iOS devices, though its preeminence comes not from selling products, but rather a culture. Long considered to be the gold standard for lifestyle branding, the tech company has spent decades influencing the cultural zeitgeist. Some consider Steve Jobs to have set the bar for how CEO’s present today. Critics of the “Apple hive” may cringe at the notion, but if you want to know what’s trendy (or will be soon) take a look at what the maker of the iPhone is up to.

For its most recent Apple Event, the company produced one of the most polished virtual conferences of 2020; the show serves as a superb case study in creating engaging virtual event content. Of course, Apple is one of the most valuable companies in the world, and its events spare no expense. In fact, Apple is sitting on more cash than over 100 countries. While this means an exact replication of Apple’s product quality may be cost-prohibitive to the average corporate client, we feel that Apple’s overall production strategy is based on principles that can apply to almost any virtual event.

1. Feature an ensemble of presenters

It’s standard practice for corporate events to open with an introduction from a CEO. True to form, Tim Cook, the current CEO of Apple, kicks off the show by welcoming attendees from the company’s headquarters in Cupertino, California. We believe this is a good practice. Our clients who have tried to buck the trend here often recant it after feedback. After Cook’s opening statements conclude, the camera transitions away from Apple Park and zooms into a miniature household set.

This is where things get interesting.

Rather than sticking with a handful of c-suite executives, this event highlights an extensive lineup of mid-level Apple employees, giving each person about five minutes to cover a single topic within their respective areas of expertise. For instance, a manager of Acoustics Engineering discusses the sound capabilities of the new HomePod, while another in charge of Camera Systems Engineering describes the iPhone 12’s photo features.

This ensemble strategy makes content more approachable for attendees. While some people assume divisions ought to be represented by their executives, this notion is based on organizational thinking rather than message-based thinking. The focus should be less on a presenter’s role in the company and more on their ability to represent the content. Audiences are more likely to relate with speakers who reflect their own roles in an organization.

And where Steve Jobs may have cast a new mold for the CEO keynote, that mold has been recast by Tim Cook and his leadership.

This principle contrasts with the corporate modus operandi of messaging being top down. We hope this principle finds its way into more events — and organizations learn to worry less about positional jockeying and stage time and more about the audience experience and the story. 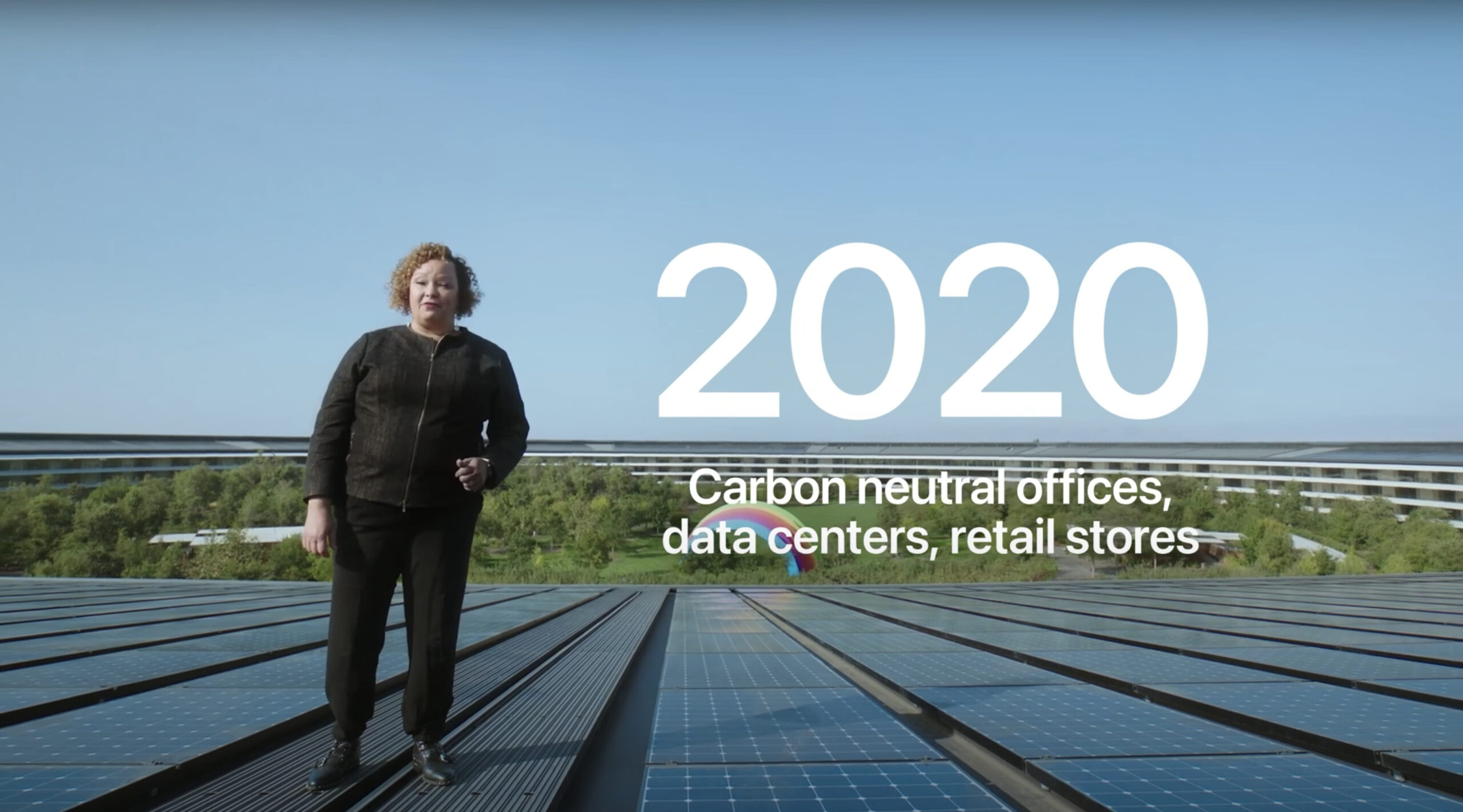 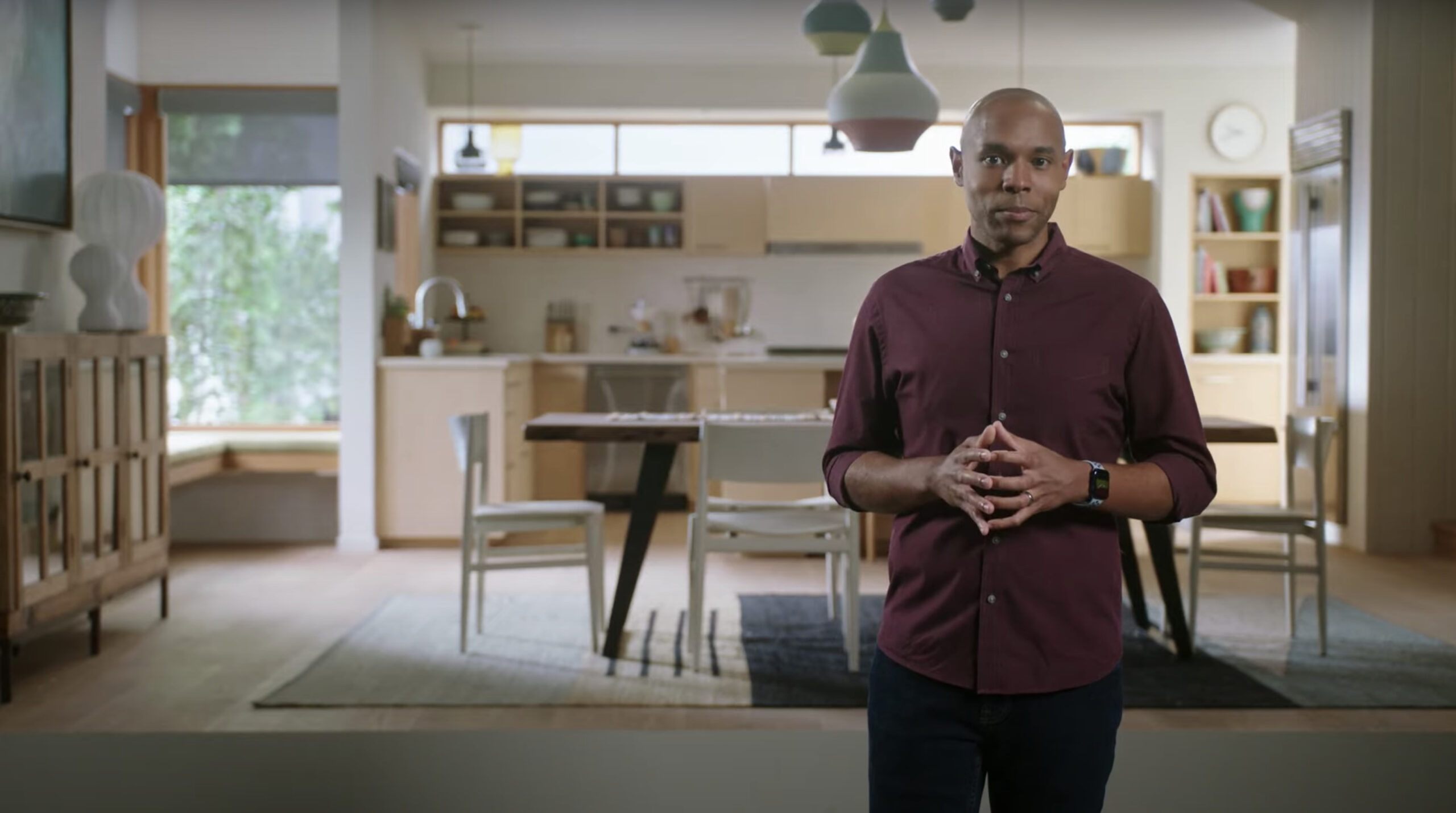 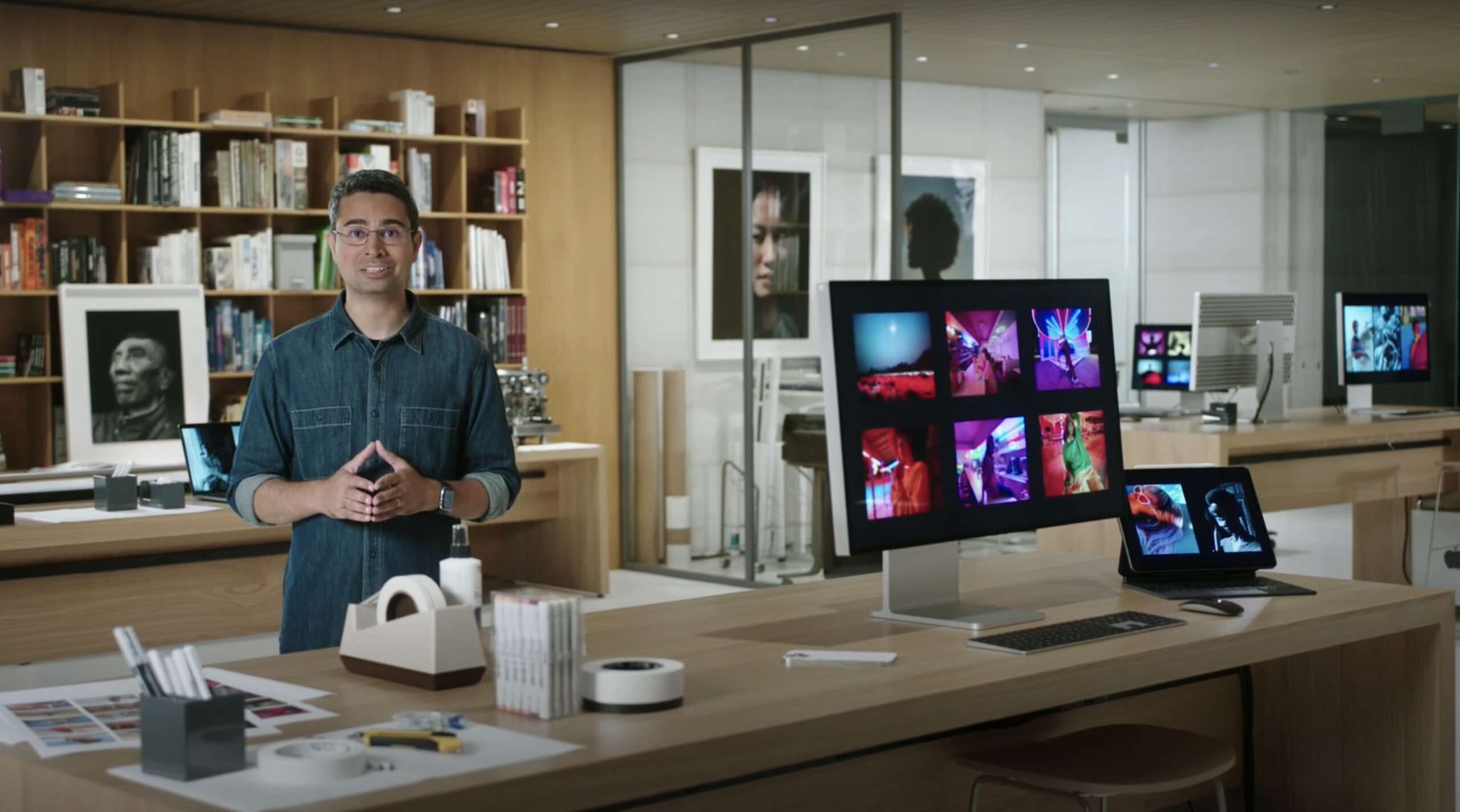 Apple does an excellent job of including men and women of various backgrounds and ethnicities in their events. Diversity can drive innovation, as evidenced here, though we’ll be focusing on representation as it further relates to audience members resonating with event speakers.

While the presenters themselves may be unique, their style is deceptively uniform. It’s worth noting that all of these individuals are dressed in casual yet fashionable clothing. They each look healthy and sound lively. All of this is intentional. Remember, Apple excels at selling a lifestyle; the company wants viewers to not only see a reflection of themselves in the presenters, but to also replicate their sense of satisfaction (by purchasing Apple products, naturally). 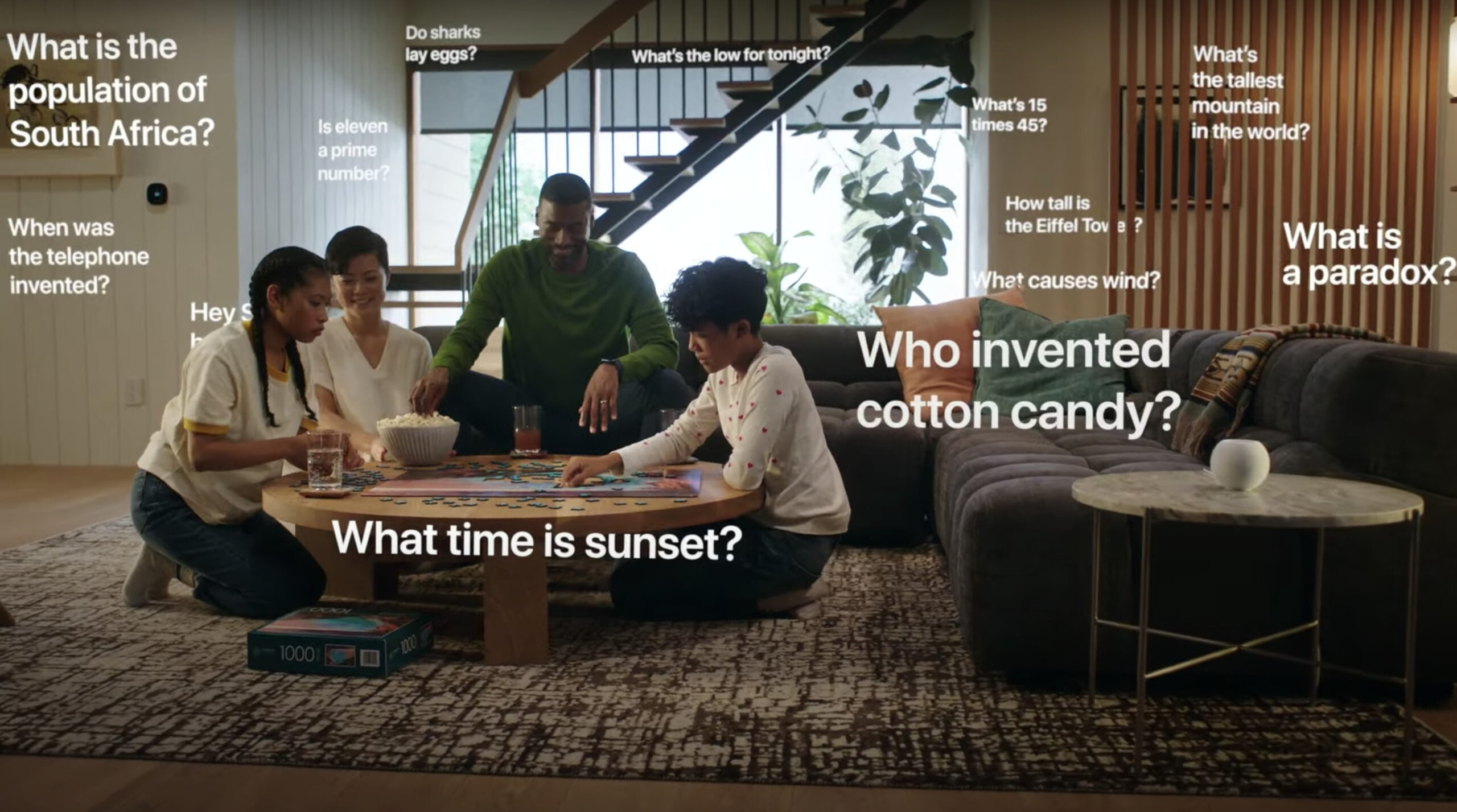 If this sounds a bit ominous and manipulative, that’s marketing for you. Everything is saying something, and in this case the medium is the message. And if actions speak louder than words, and images speak a thousand words, your virtual events presenters are speaking volumes before uttering a word.

Regardless, the main takeaway here is that effective speakers defy the standard suit-wearing executive archetype. They seem fun, relatable, and capable. Most importantly, they do not conform to a single race or gender. An event made for all kinds of people should be made by all kinds of people.

3. “Pass the baton” between segments

One of the most striking aspects of this event happens to be among its most subtle. The transitions between segments are nearly imperceptible, as one set flows into the next in what appears to be a single take. This is obviously achieved with the help of some CGI magic in the editing room, but the basic principle remains applicable even to those without a top-notch special effects team on standby.

We call this “passing the baton.” It refers to a smooth handoff from one presenter to the next, which frames the entire event as a complete narrative rather than a series of self-contained content blocks. This helps audience members stay engaged throughout the entire show, and it establishes a clear through line from start to finish. 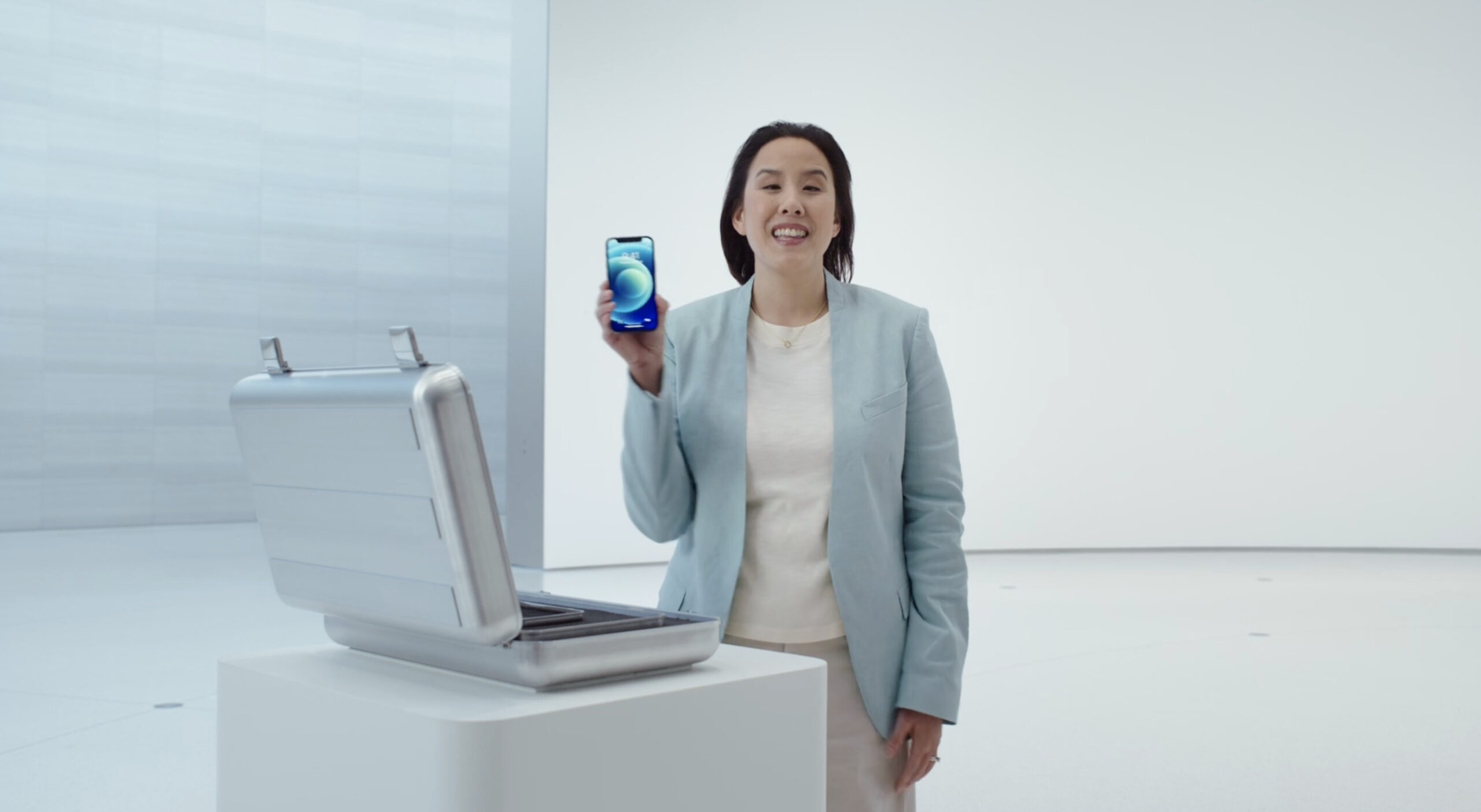 4. Tie everything to a clear theme and dramatic arc

What would a narrative be without a central hook? While themes have been a mainstay in events for quite some time, Apple knows how to take them to the next level. This event was all about connection. From demonstrating HomePods’ ability to integrate AI features across an entire household to featuring the connective capabilities of 5G, every segment contributed to this single theme.

A theme is more than a snappy slogan for emails and signage. It serves as the connective tissue for all of your event’s core content. Tying everything together to tell a story helps boost retention and engagement among attendees. As with seamless transitions, a strong central motif will help your virtual event feel like a complete work rather than a mishmash of unrelated bits.

Like any good narrative, Apple events also weave heroes and villains into their keynotes. Don’t expect a dastardly evildoer to take the stage though; these villains tend to be more metaphorical. In the case of Apple’s HomePod Mini presentation, for instance, needing to use multiple devices to perform various tasks is framed as an outdated and tiresome practice. Fortunately, this is a problem that Apple is uniquely positioned to solve. (Our hero!) The HomePod allows users to do just about anything – from checking the weather and playing music to ordering groceries and locking their doors – all with just the sound of their voice.

These dualistic roles are integral components of an effective story arc. To accentuate the benefits of your primary message or main selling point, establish a foil that contrasts those qualities. Show your audience how to overcome some pressing challenge or circumstance, and they will be more inclined to absorb the material you provide. 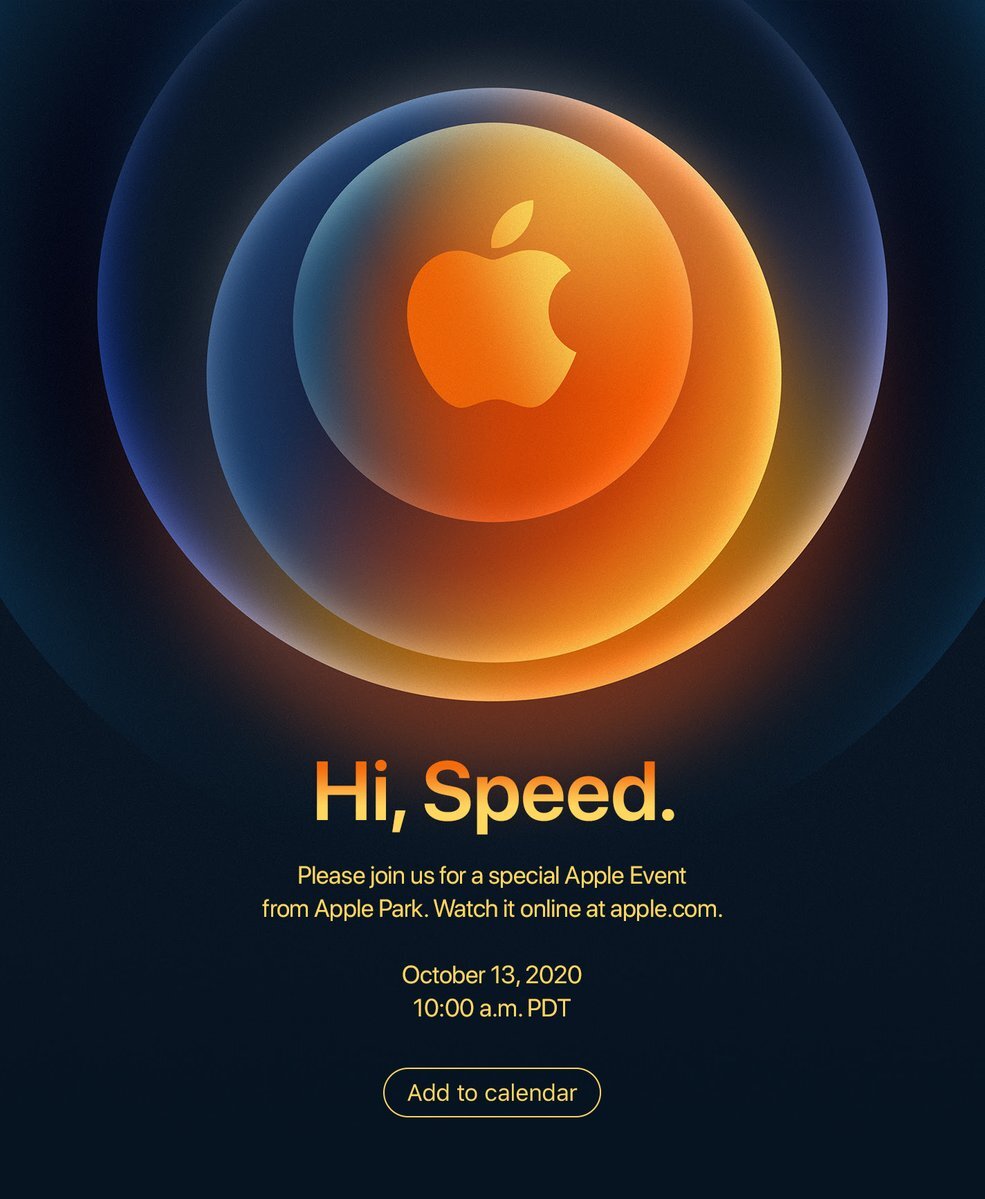 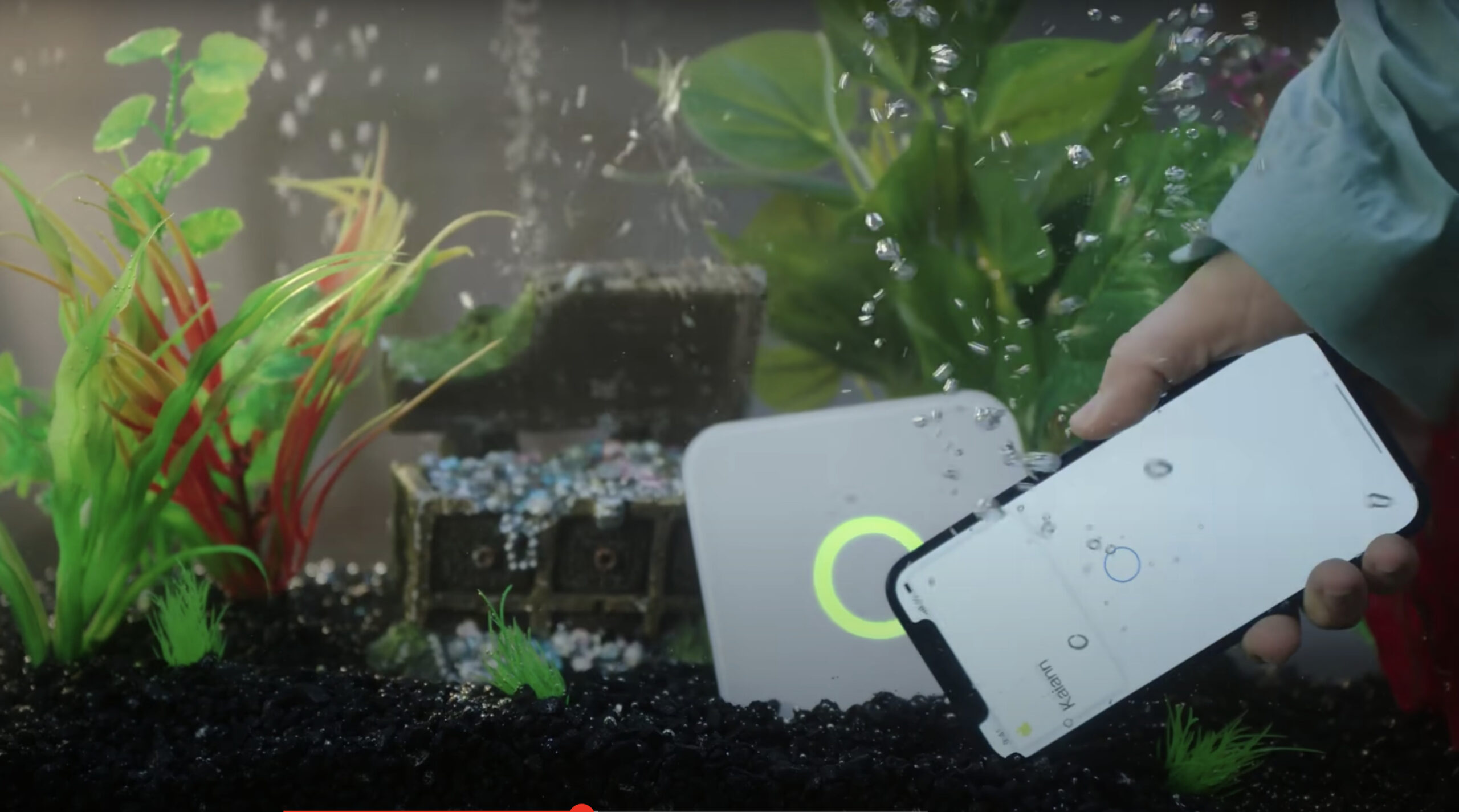 This is where Apple’s substantial production capabilities truly shine. Though it’s unlikely you’ll be able to emulate the tech giant’s best-in-class digital effects, there are plenty of ways you can make your show more cinematic.

Free from the constraints of a live audience, virtual events are moving away from the standard keynote presentation approach. While even Apple still dedicates some time to hosting presenters on a stage (a likely homage to those iconic Steve Jobs speeches), most of the event features dynamic camera motions and unique locations to captivate attendees. Utilizing depth of field, parallax & zoom effects, and jib shots will help your show stand out. Couple these camera techniques with original set designs, and you’ll have yourself an event masterpiece.

One of the simplest yet most effective ways to make your content more engaging is to overlay graphical elements directly onto the video. Whether they include icons, text, or other visual aids, graphics look best when paired on-screen with a presenter. It can be jarring to repeatedly cut back and forth from a speaker to a full-screen image. Whenever possible, try to blend elements for a sleeker presentation.

Apple makes use of this strategy throughout their show, from displaying app icons beside a device to revealing a list features as a presenter references them. Adding a modern look to your production will go a long way to ensuring attendees remain interested in your on-screen content. 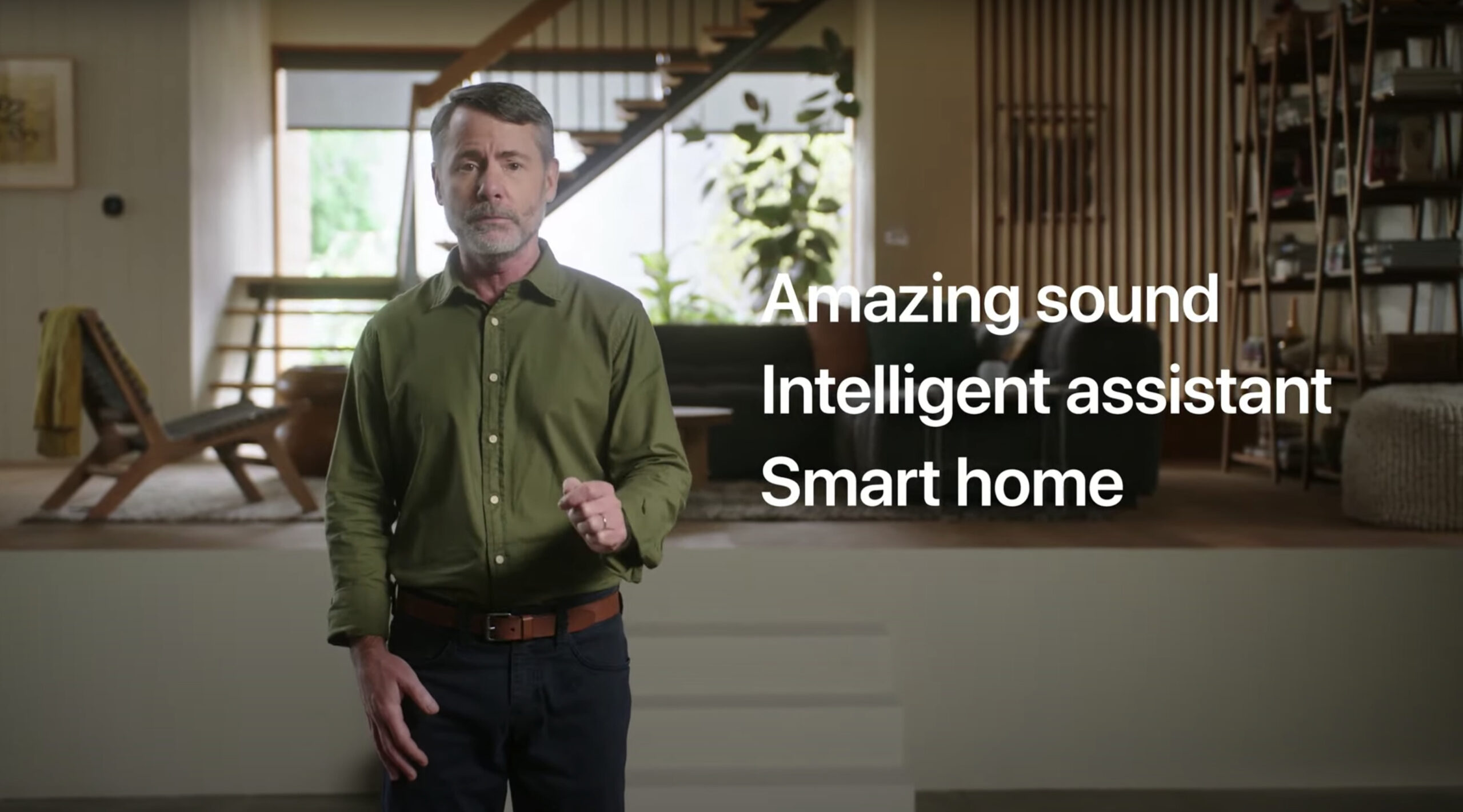 7. Ready your event for reruns

Though most of your attention will be on your event’s main debut, it’s important to consider the long-term applications of virtual event recordings. Prepare your show for syndication! Apple uploads all their events to YouTube, which includes an especially nifty feature — you can break the video timeline into labeled sections to indicate the order of event topics. For example, someone who is only interested in learning about the new iPhone can simply skip over to the section marked “iPhone 12” about a third of the way into the video. 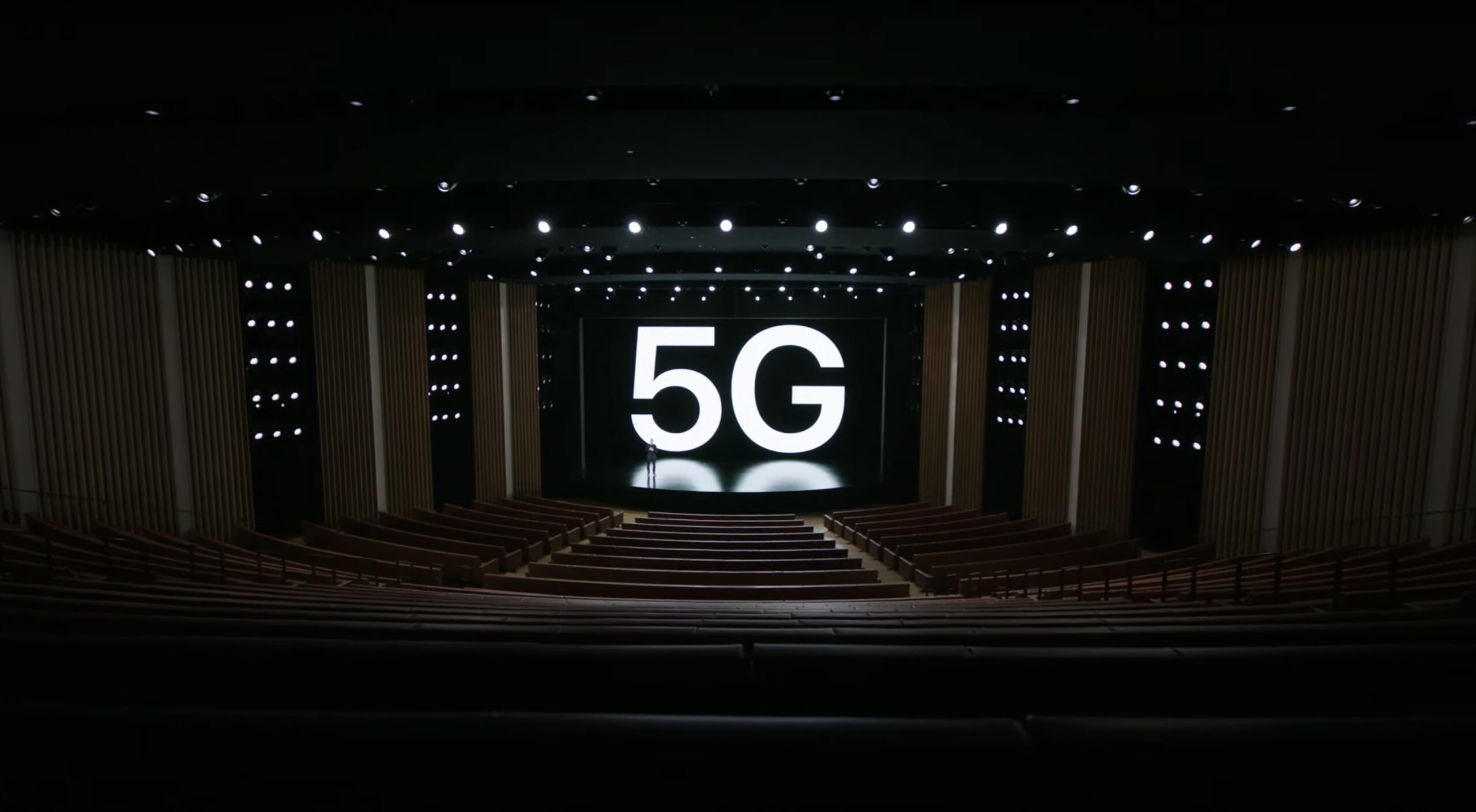 This allows your event to serve as a reference point for later use. Perhaps your event includes a training session for new employees that will remain relevant long after its original release; rather than create a new video down the road, you can simply refer future recruits to this portion of the recording. When planning virtual events, go in with the mindset that your recording is likely to be viewed by audiences well after its debut.

Finally, none of these tight-knit event principles would be possible without clarity and practice. Steve Jobs was notorious for this and set an events culture in place that prioritized how content was crafted and presented. Ken Kocienda, a principal software engineer who was at the ground floor for the launch of the iPhone, said that Steve Jobs wouldn’t wait for the final presentation to be finished before he began to rehearse. Kocienda said, “[Jobs] practiced. A lot. He went over and over the material until he had the presentation honed and he knew it cold.”

Inspiration comes from many sources, and Apple’s events offer plenty of thought-provoking material for event planners. Always be on the lookout for interesting ideas that can be applied to your own experiences. You never know what you may discover!

Thinking of hosting a virtual event? Browse our capabilities and easily schedule a chat today. 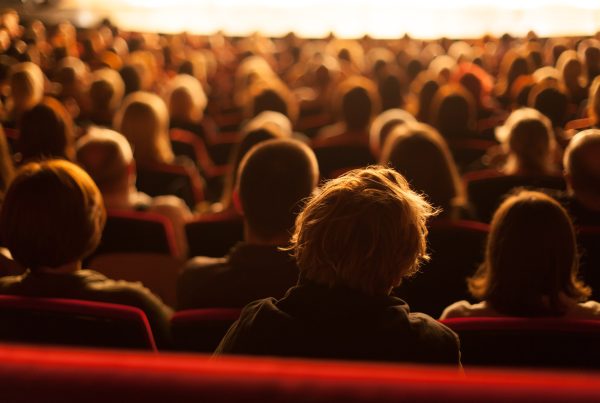 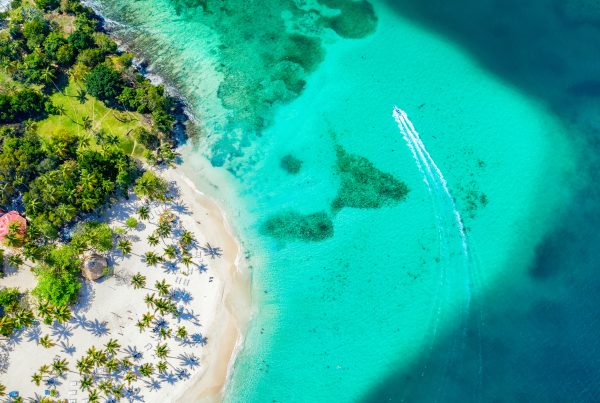 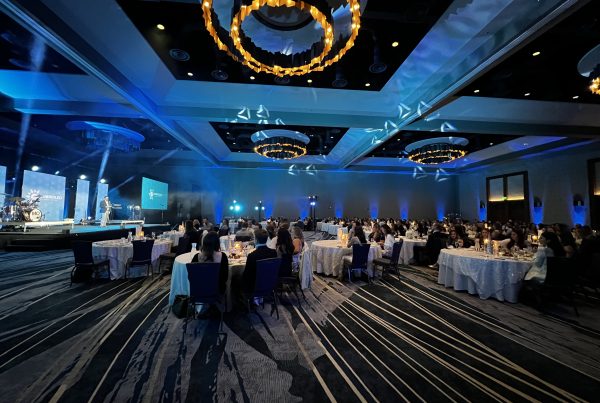 Internal Events and Why They Are Essential to Corporate Culture